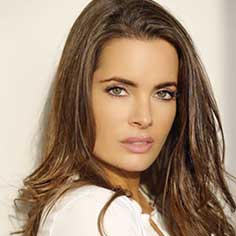 Over the past 8 years, Jessica Uberuaga, Ton of Hat’s VP of Finance, has cultivated many key relationships with film financiers for equity investment in several projects.

Her role within the company is to shepherd funds into the company’s upcoming independent film and television slate.

The professional level dancer and actress’ production background started when her ballroom & salsa dance school quickly evolved into a company producing live events for clients like Macy Gray, Hemingway’s Nightclub and MGM Las Vegas. After appearing in several national campaigns, her first foray into scripted projects was to produce and star in the viral series, “Keenan’s Crush.”

Jessica has also starred in several internationally released films, including Vigilante Diaries (HBO) and MindBlown (SyFy), both produced by Ton of Hats.  She graduated with honors in Economics and Spanish from Boise State University and the University of Alicante and now resides in the Hollywood Hills.